Teak is a precious natural resource

While Burma is a treasure house of natural resources, several items are banned from export to protect these precious resources. For example, this applies to mineral resources such as gold, diamonds, oil, etc. Teak is one of the most difficult to export natural resources among these. After April 2014, exporting logs, including teak, was prohibited. Some cut items, flooring, and manufactured items are allowed to be exported, but this is only possible for a special license holder.

MUKU has engaged in the teak trade with the Karen National Union (KNU) since April 2013. The KNU had signed a ceasefire agreement with the Burmese federal government the previous year in January 2012. They were the most powerful armed group among the Burmese minority peoples, and also the first to take steps toward peace. Based on the complete and irreversible peace treaty heading toward the peace process, MUKU became the first Japanese company to conduct trade with the KNU. The treaty stated that the KNU would directly conduct foreign trade and pay taxes on the income to the Burmese federal government, and the federal government would establish infrastructure in the lands inhabited by the Karen people. MUKU's trade base is in Myawaddy, Burma, separated from Mae Sot in Northern Thailand by the Moei River. This area is a special economic zone similar to Hong Kong and Shenzhen, China, where it is possible to legally export Burmese specialty products such as teak wood with proper authorization from the Thai and Burmese governments.

Besides teak, MUKU also handles Burmese rosewood, cassia, pyinkado, etc. They may be exported in any form except logs. The large pieces known as "live edge slabs" are typical of these. MUKU continually stocks over 30 of these slabs. Besides these, we can also provide material for furniture or flooring. 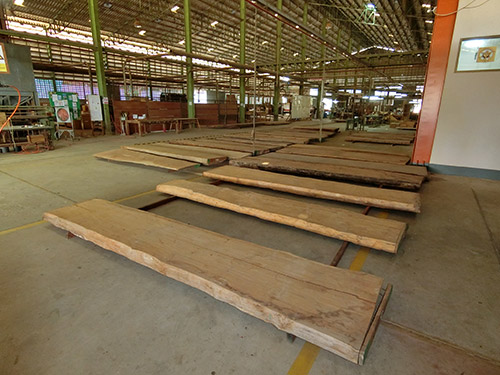 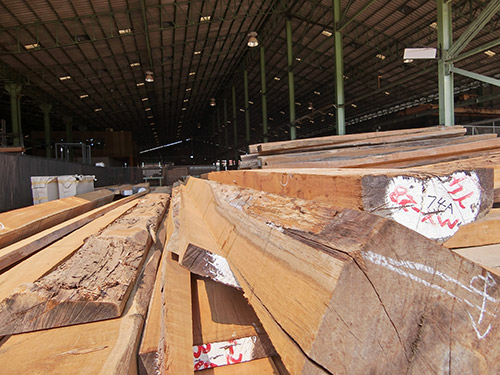 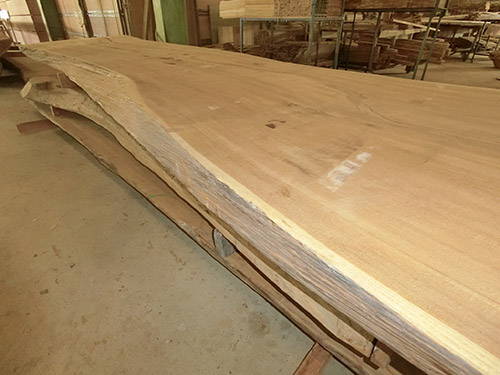 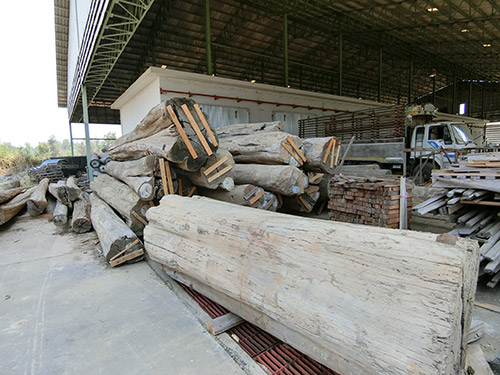 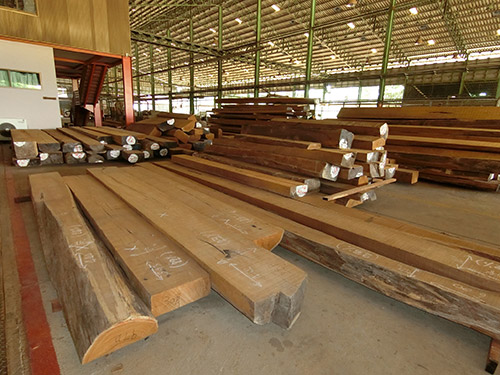 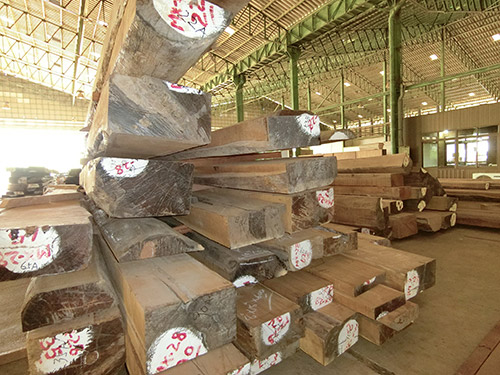 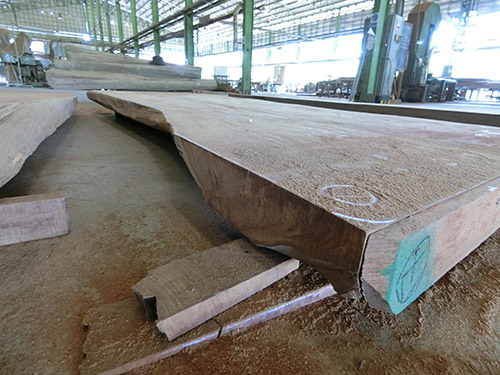 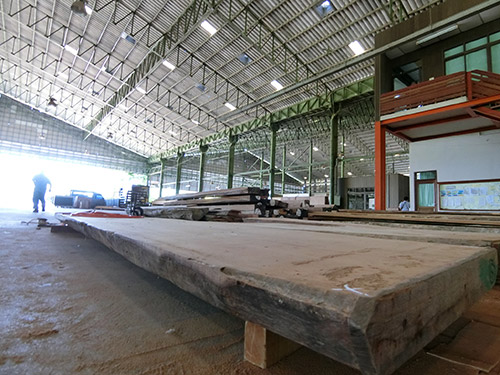 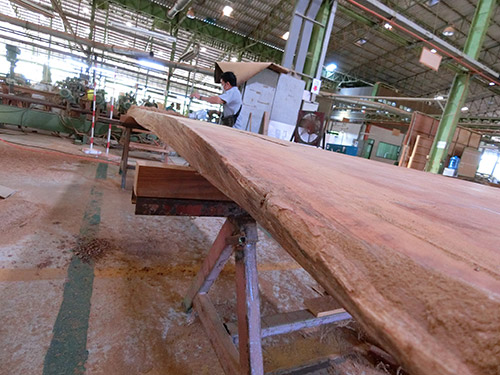 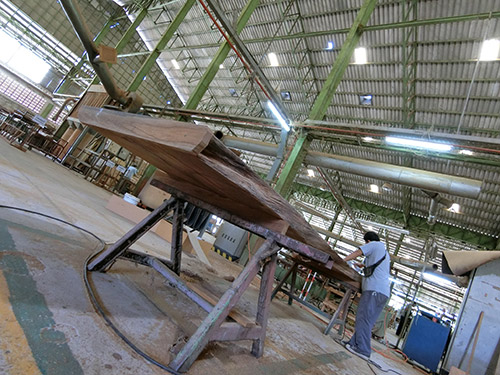 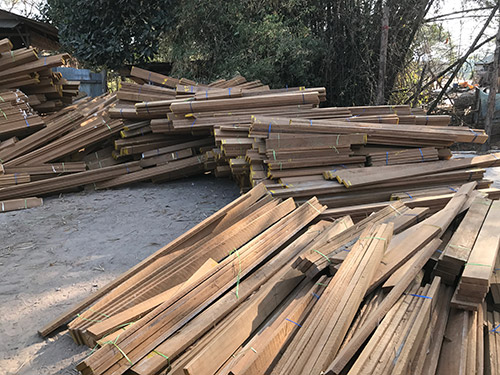 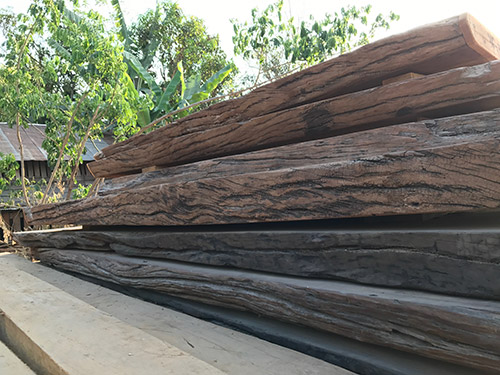 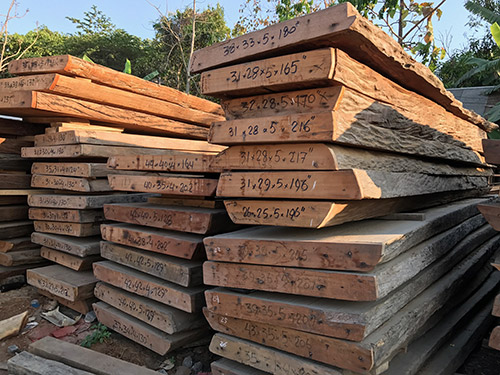 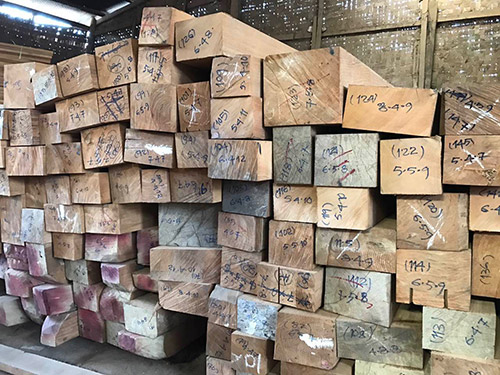 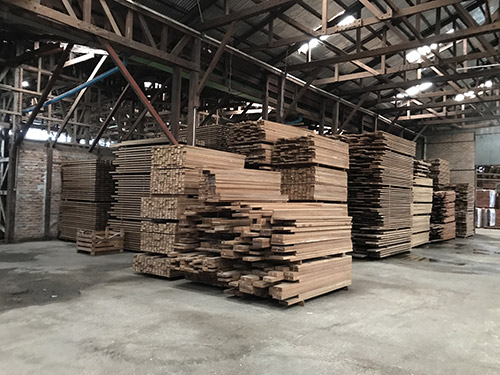 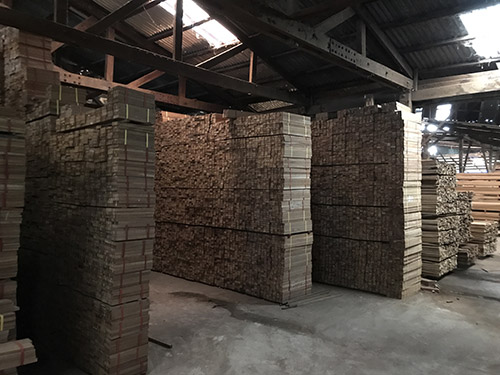 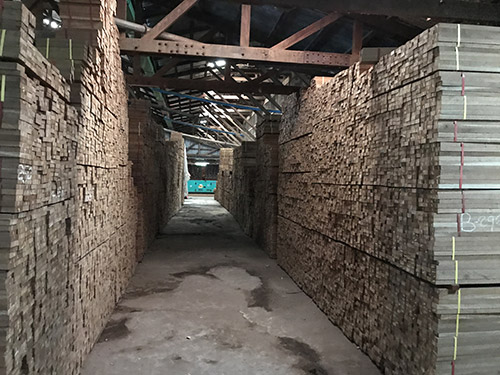